acquired March 22, 2013
The majority of Earth science research satellites developed or operated by NASA in the past few decades have been launched from Vandenberg Air Force Base. The newest satellite in the venerable Landsat program launched from this spot along the central California coast on February 11, 2013, following the path of its seven predecessors. The Landsat Data Continuity Mission (LDCM) is extending and expanding a 41-year record of land observations of the United States and of every continent.
The Operational Land Imager (OLI) on LDCM captured these views of its launch site, the nearby city of Lompoc, and the surrounding landscape on March 22, 2013. The two inset images were made from the top image, as the OLI can resolve surface features down to a scale of 15 meters per pixel. All of the images are considered engineering data, helping scientists and engineers ensure that the satellite and its instruments are operating as designed. The satellite is not expected to be completely operational until early summer, when control is officially handed off from NASA to the U.S. Geological Survey.
Vandenberg is NASA’s preferred launch site for satellites that are headed into polar orbits. The Air Force base sits on a parcel of land that juts out into the Pacific Ocean, allowing rockets to launch to the south without flying over populated areas. (Satellites that are headed into a west-east orbit are typically launched from Kennedy Space Center.) LDCM lifted off from Space Launch Complex 3 East (SLC-3E), visible in the middle image. To the west, SLC-4W was the site of more than 90 rocket launches from 1963 to 2003. Note that the scene is clear and resolved enough to show ocean waves offshore.
Beyond the military reservation, a Mediterranean climate supports oak and other hardwood trees, sagebrush, and coastal prairie-scrub grasses, while Lompoc boasts extensive vegetable and seed-flower farms. To the southeast, Rufugio State Beach sits on protected public land that is popular with campers. The LDCM imager is sensitive enough to detect the underwater kelp forests growing offshore, west of Refugio.
The OLI instrument is designed to observe Earth’s surface in the visible, near infrared, and short-wave infrared portions of the spectrum. Its images have 15-meter (49 foot) panchromatic and 30-meter multi-spectral spatial resolutions along a 185 km (115 miles) wide swath. OLI can take measurements in two new spectral bands: one to observe high-altitude cirrus clouds and another to observe atmospheric aerosols, as well as water quality in lakes and shallow coastal waters. The entire surface of Earth will fall within LDCM’s view once every 16 days.
Read more about LDCM’s birthplaces—the locations in the United States where Landsat missions have been conceived, built, and controlled—by clicking here.

Images by Robert Simmon, using data from the U.S. Geological Survey and NASA. Caption by Mike Carlowicz and Holli Riebeek.

Enlaces a esta entrada Etiquetas: NASA: US - Earth Science Lifts off from the California Coast - 18.04.13 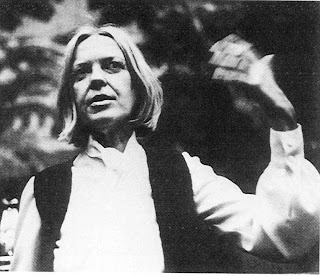 As there I left the road in May,
And took my way along a ground,
I found a glade with girls at play,
By leafy boughs close-hemmed around,
And there, with stores of harmless joys,
They plied their tongues, in merry noise:
Though little did they seem to fear
So queer a stranger might be near;
Teeh-hee! Look here! Hah! ha! Look there!
And oh! so playsome, oh! so fair.

And one would dance as one would spring,
Or bob or bow with leering smiles,
And one would swing, or sit and sing,
Or sew a stitch or two at whiles,
And one skipped on with downcast face,
All heedless, to my very place,
And there, in fright, with one foot out,
Made one dead step and turned about.
Heeh, hee, oh! oh! ooh! oo!—Look there!
And oh! so playsome, oh! so fair.

Away they scampered all, full speed,
By boughs that swung along their track,
As rabbits out of wood at feed,
At sight of men all scamper back.
And one pulled on behind her heel,
A thread of cotton, off her reel,
And oh! to follow that white clue,
I felt I fain could scamper too.
Teeh, hee, run here. Eeh! ee! Look there!
And oh! so playsome, oh! so fair. 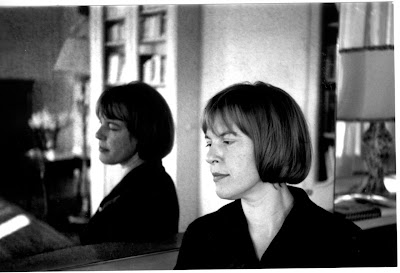 The Young that Died in Beauty

If souls should only sheen so bright
In heaven as in e’thly light,
An’ nothen better wer the cease,
How comely still, in sheape an’ feace,
Would many reach thik happy pleace, -
The hopevul souls that in their prime
Ha’ seem’d a-took avore their time, -
The young that died in beauty.

But pinen souls, wi’ heads a-hung
In heavy sorrow vor the young,
The sister ov the brother dead,
The father wi’ a child a-vled,
The husband when his bride ha’ laid
Her head at rest, noo mwore to turn,
Have all a-vound the time to murn
Vor youth that died in beauty.

An’ yeet the church, where prayer do rise
Vrom thoughtvul souls, wi’ downcast eyes,
An’ village greens, a-beat half beare
By dancers that do meet, an’ wear
Such merry looks at feast an’ feair,
Do gather under leatest skies,
Their bloomen cheaks an’ sparklen eyes,
Though young ha’ died in beauty.

But still the dead shall mwore than keep
The beauty ov their early sleep;
Where comely looks shall never wear
Uncomely, under tweil an' ceare.
The feair at death be always feair,
Still feair to livers’ thought an’ love,
An’ feairer still to God above,
Than when they died in beauty. 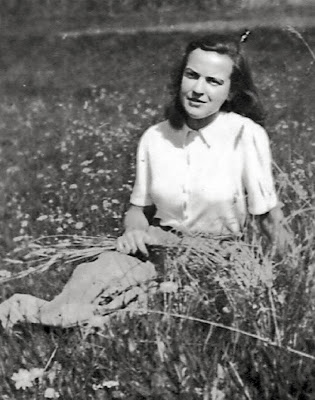 Last Easter Jim put on his blue
Frock cwoat, the vu'st time-vier new;
Wi' yollow buttons all o' brass,
That glitter'd in the zun lik' glass;
An' pok'd 'ithin the button-hole
A tutty he'd a-begg'd or stole.
A span-new wes-co't, too, he wore,
Wi' yellow stripes all down avore;
An' tied his breeches' lags below
The knee, wi' ribbon in a bow;
An' drow'd his kitty-boots azide,
An' put his laggens on, an' tied
His shoes wi' strings two vingers wide,
Because 'twer Easter Zunday.

An' after mornen church wer out
He come back hwome, an' stroll'd about
All down the vields, an' drough the leane,
Wi' sister Kit an' cousin Jeane,
A-turnen proudly to their view
His yollow breast an' back o' blue.
The lambs did play, the grounds wer green,
The trees did bud, the zun did sheen;
The lark did zing below the sky,
An' roads wer all a-blown so dry,
As if the zummer wer begun;
An' he had sich a bit o' fun!
He meade the maidens squeal an' run,
Because 'twer Easter Zunday. 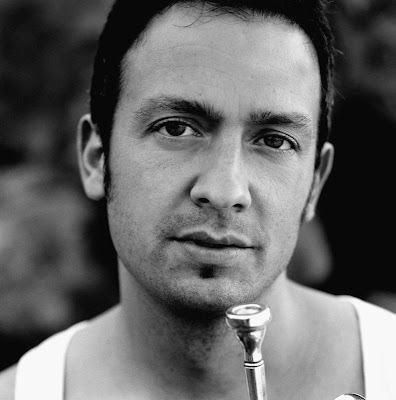 
Till Brönner - Wikipedia, the free encyclopedia 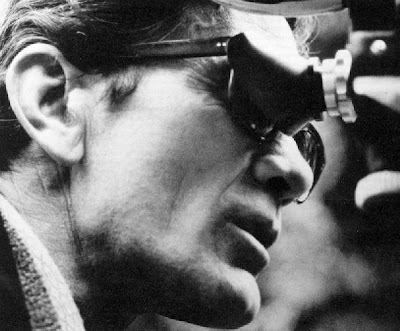 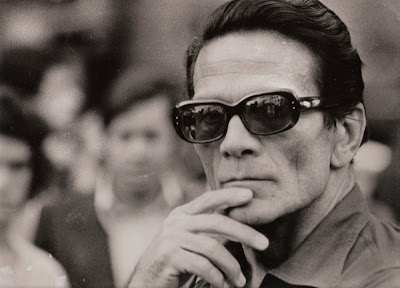 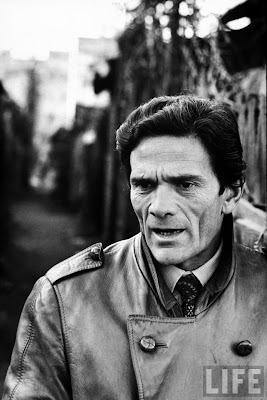 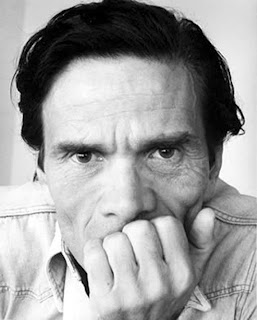 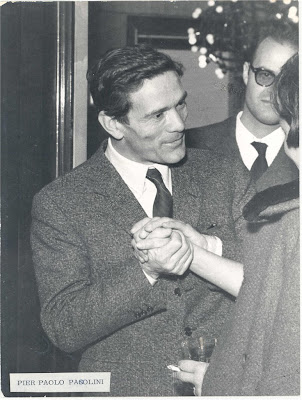 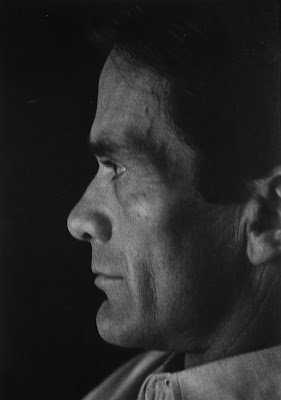 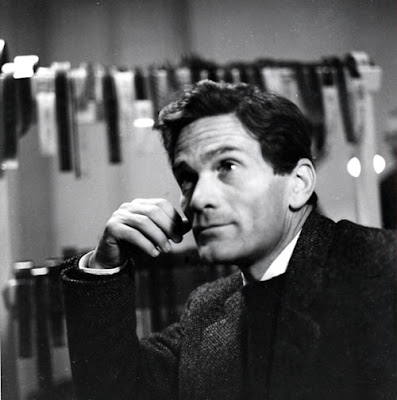