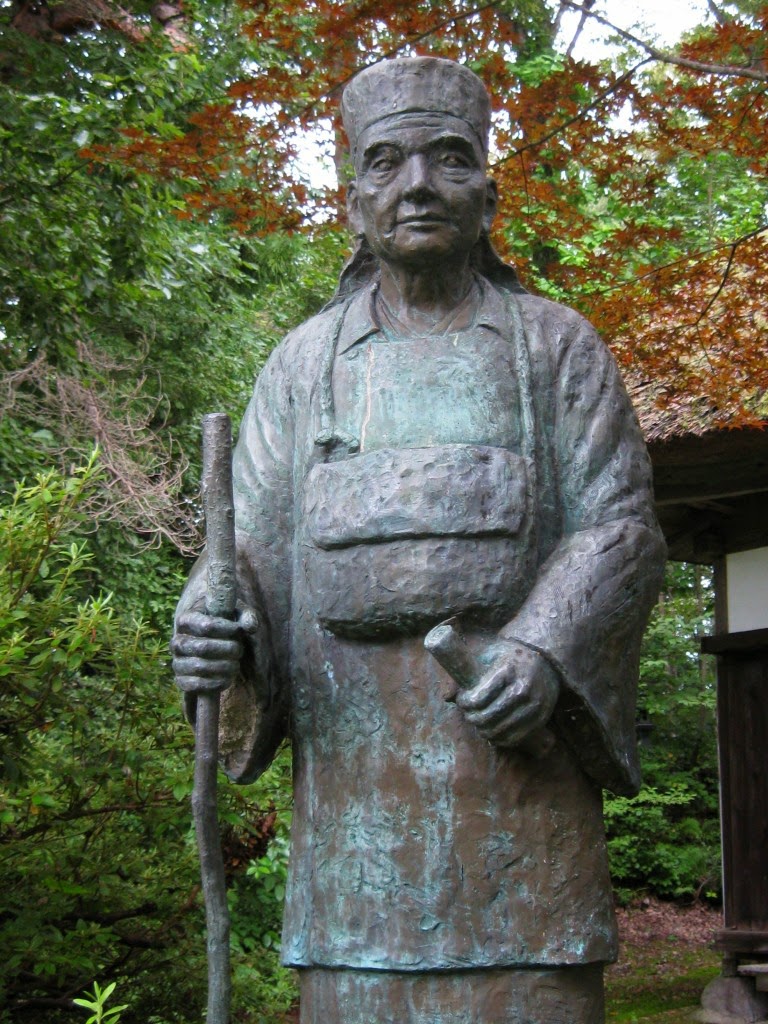 With my father
I would watch dawn
over green fields.

That pretty girl--
munching and rustling
the wrapped-up rice cake.


Pissing in the snow

Pissing in the snow
outside my door--
it makes a very straight hole.


A bath when you're born

In this world
we walk on the roof of hell,
gazing at flowers.


Even on the smallest islands

Even on the smallest islands,
they are tilling the fields,
skylarks singing. 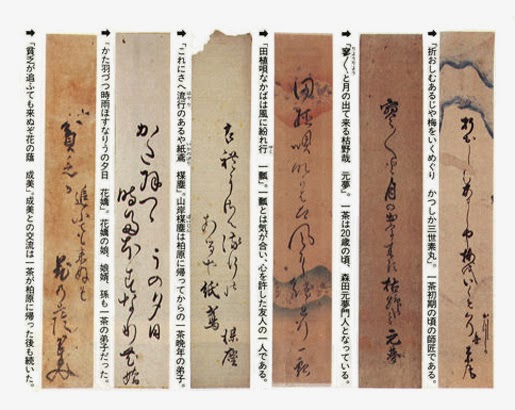 Kobayashi Issa - Haiku written by Issa each in his own calligraphy 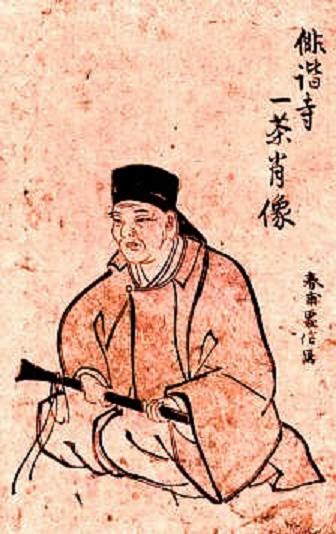 Issa was born and registered as Kobayashi Nobuyuki[2] (小林 信之), with a childhood name of Kobayashi Yatarō (小林 弥太郎), the first son of a farmer family of Kashiwabara, now part of Shinano-machi, Shinano Province (present-day Nagano Prefecture). Issa endured the loss of his mother, who died when he was three.[5] Her death was the first of numerous difficulties young Issa suffered. He was cared for by his grandmother, who doted on him, but his life changed again when his father remarried five years later. Issa's half-brother was born two years later, and when his grandmother died when he was 14, Issa felt estranged in his own house, a lonely, moody child who preferred to wander the fields. His attitude did not please his stepmother, who, according to Lewis Mackenzie, was a "tough-fibred 'managing' woman of hard-working peasant stock."[6] He was sent to Edo (present-day Tokyo) by his father one year later to eke out a living. Nothing of the next ten years of his life is known for certain. His name was associated with Kobayashi Chikua (小林 竹阿) of the Nirokuan (二六庵) haiku school, but their relationship is not clear. During the following years, he wandered through Japan and fought over his inheritance with his stepmother (his father died in 1801). He wrote a diary, now called Last Days of Issa's Father. After years of legal wrangles, Issa managed to secure rights to half of the property his father left. He returned to his native village at the age of 49[7] and soon took a wife, Kiku. After a brief period of bliss, tragedy returned. The couple's first-born child died shortly after his birth. A daughter died less than two-and-a-half years later, inspiring Issa to write this haiku (translated by Lewis Mackenzie):

Issa married twice more late in his life, and through it all he produced a huge body of work.

A third child died in 1820 and then Kiku fell ill and also died in 1823. "Ikinokori ikinokoritaru samusa kana [Outliving them,/Outliving them all,-/Ah, the cold!] This was written when Issa's wife died, he being 61."[8]

As a big fire swept the post station of Kashiwabara on July 24, 1827, according to the Western Calendar, Issa lost his house and had to live in his storehouse, which is still kept in the town. '"The fleas have fled from the burning house, and have taken refuge with me here", says Issa. Of this same fire, he wrote also: Hotarabu mo amaseba iya haya kore wa haya If you leave so much/As a firefly's glimmer, -/Good Lord! Good Heavens!'.[9]

He died on November 19, 1827, in his native village. According to the old Japanese calendar, he died on the 19th day of Eleventh Month, Tenth Year of the Bunsei era. Since the Tenth Year of Bunsei roughly corresponds with 1827, many sources list this as his year of death.

Issa wrote over 20,000 haiku, which have won him readers up to the present day. Though his works were popular, he suffered great monetary instability. Despite a multitude of personal trials, his poetry reflects a childlike simplicity, making liberal use of local dialects and conversational phrases, and 'including many verses on plants and the lower creatures. Issa wrote 54 haiku on the snail, 15 on the toad, nearly 200 on frogs, about 230 on the firefly, more than 150 on the mosquito, 90 on flies, over 100 on fleas and nearly 90 on the cicada, making a total of about one thousand verses on such creatures'.[10] By contrast, Bashō's verses are comparatively few in number, about two thousand in all[11]).

Issa, 'with his intense personality and vital language [and] shockingly impassioned verse...is usually considered a most conspicuous heretic to the orthodox Basho tradition'.[12] Nevertheless, 'in that poetry and life were one in him...[&] poetry was a diary of his heart', it is at least arguable that 'Issa could more truly be said to be Basho's heir than most of the haikai poets of the nineteenth century'.[13]

Issa's works also include haibun (passages of prose with integrated haiku) such as Oraga Haru (おらが春 "My Spring") and Shichiban Nikki (七番日記 "Number Seven Journal"), and he collaborated on more than 250 renku (collaborative linked verse).[14]

Issa was also known for his drawings, generally accompanying haiku: "the Buddhism of the haiku contrasts with the Zen of the sketch".[15] His approach has been described as "similar to that of Sengai....Issa's sketches are valued for the extremity of their abbreviation, in keeping with the idea of haiku as a simplification of certain types of experience."[16]

One of Issa's haiku, as translated by R.H. Blyth, appears in J. D. Salinger's 1961 novel, Franny and Zooey:

The same poem, in Russian translation, served as an epigraph for a novel Snail on the Slope by Arkady and Boris Strugatsky (published 1966–68), also providing the novel's title.

Another, translated by D.T. Suzuki, was written during a period of Issa's life when he was penniless and deep in debt. It reads:

Trusting the Buddha (Amida), good and bad,
I bid farewell
To the departing year.

Another, translated by Peter Beilenson with Harry Behn, reads:

Everything I touch
with tenderness, alas,
pricks like a bramble.

Issa's most popular and commonly known tome, titled The Spring of My Life, is autobiographical in content, and its structure combines prose and haiku. 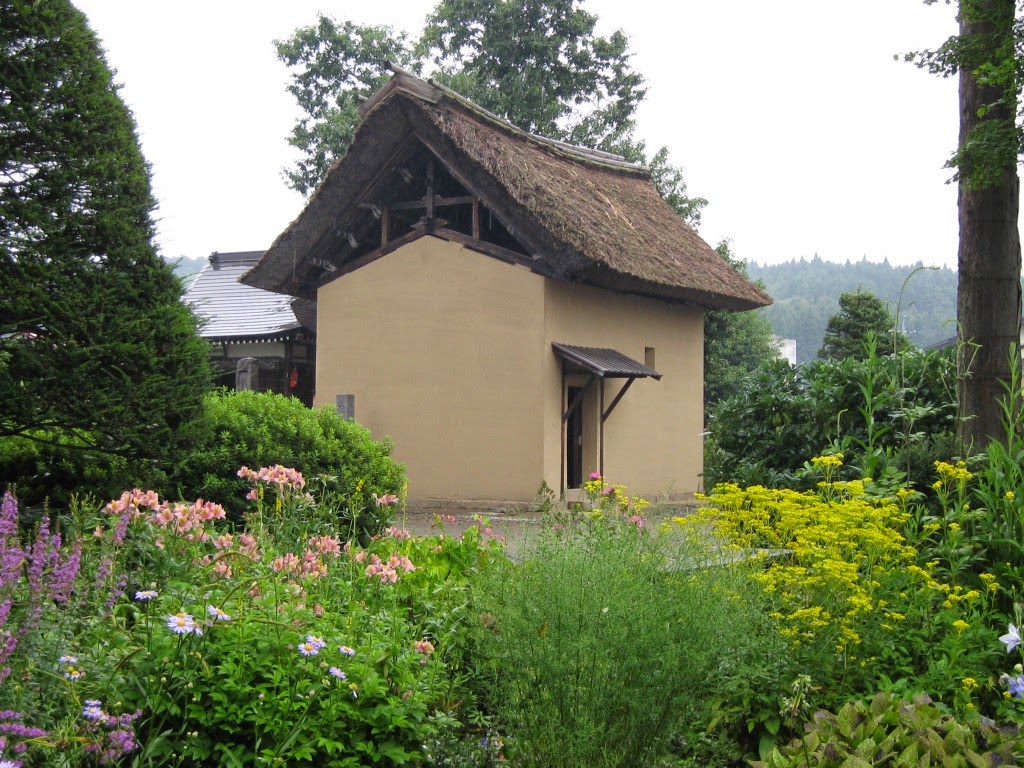 Kobayashi Issa - The storehouse in Kashiwabara where Issa took refuge when his house burnt down. He pass his last days here. 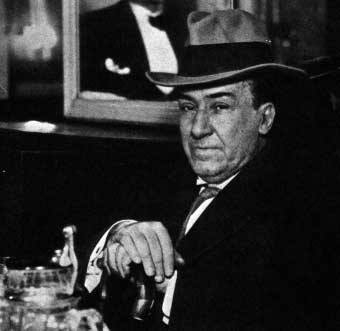 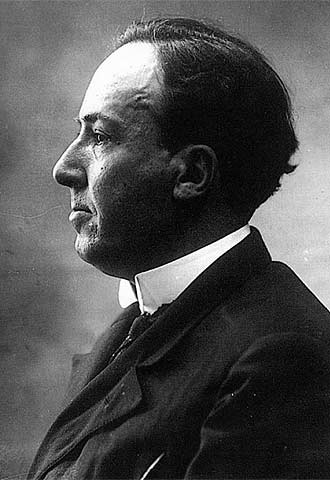 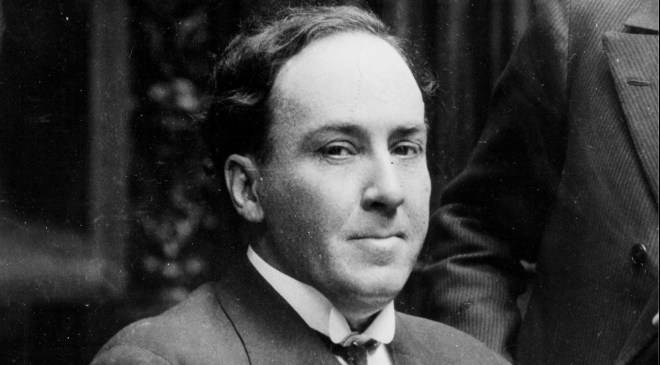 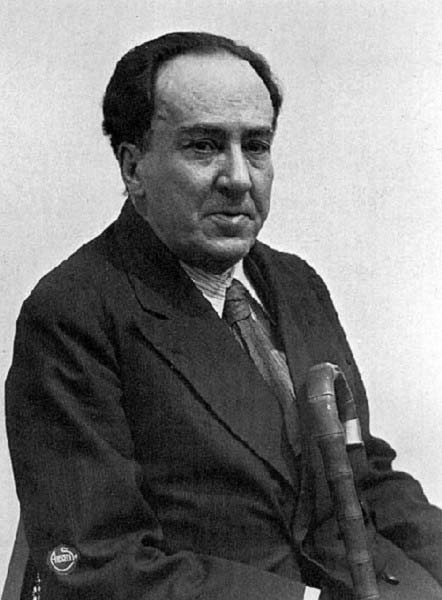 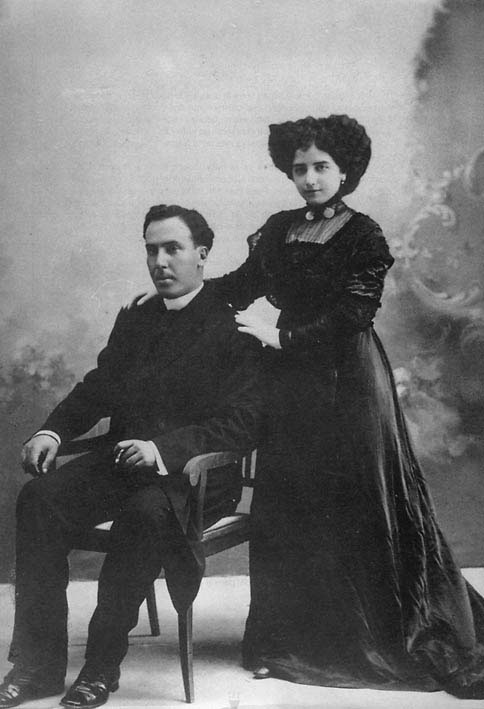 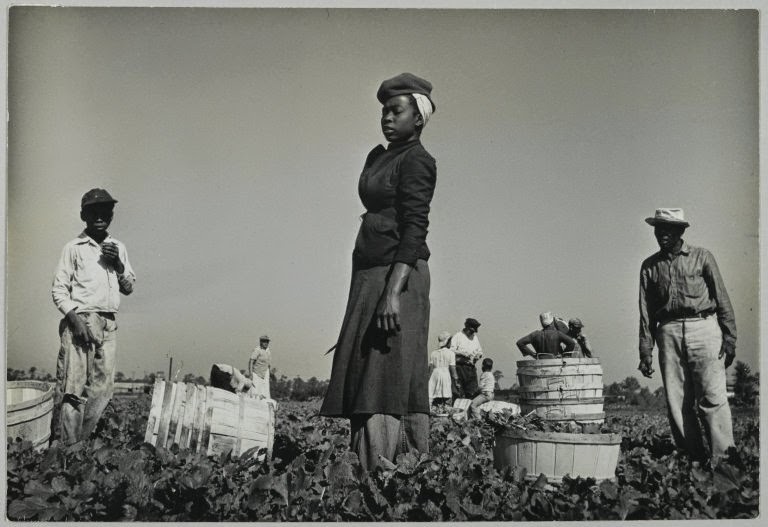 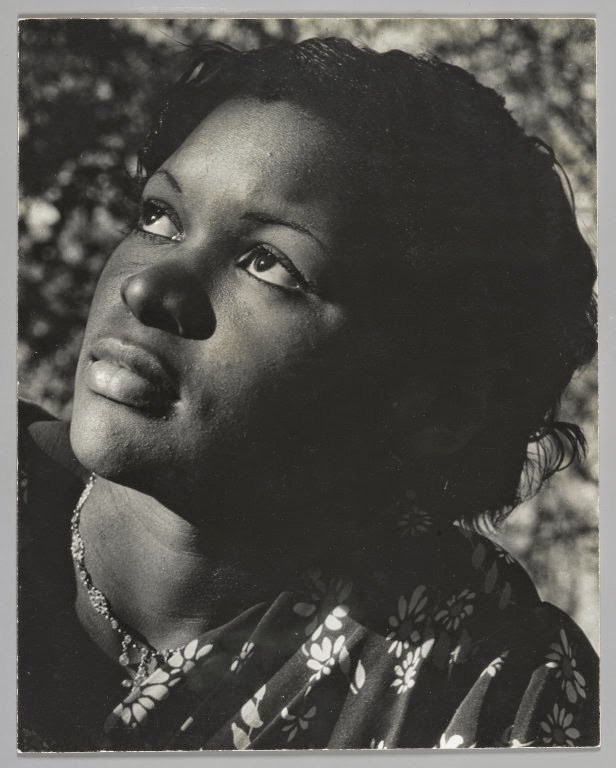 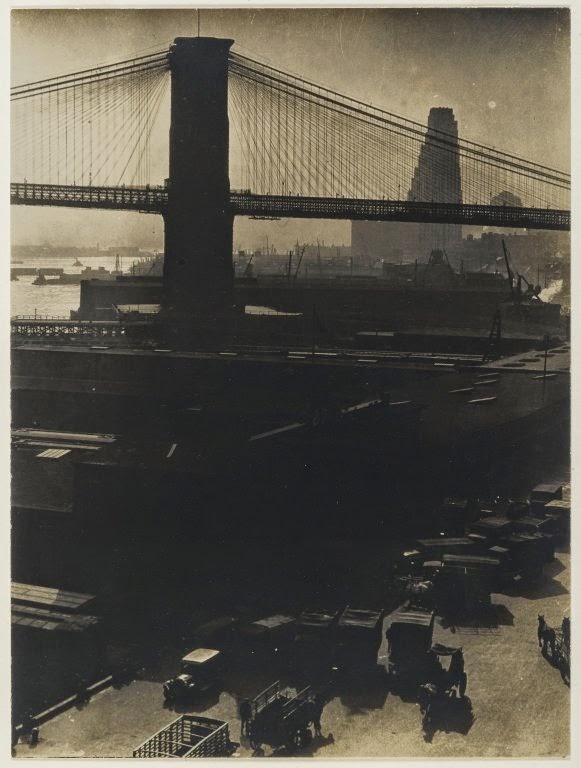 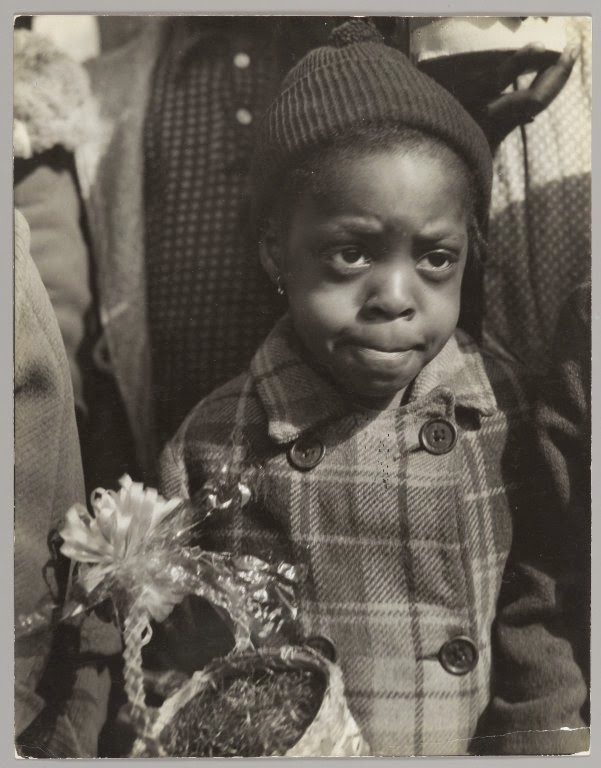 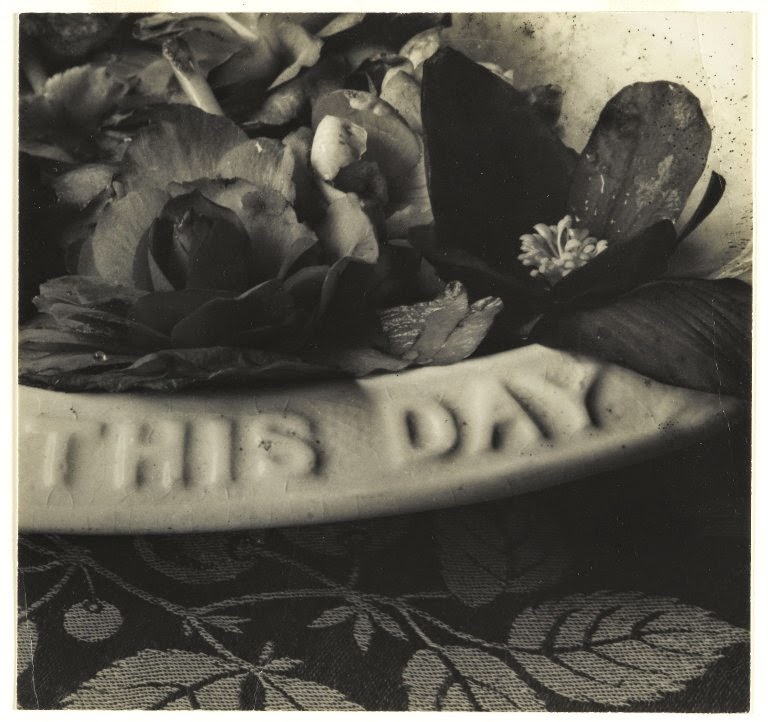 Consuelo Kanaga - Give Us This Day 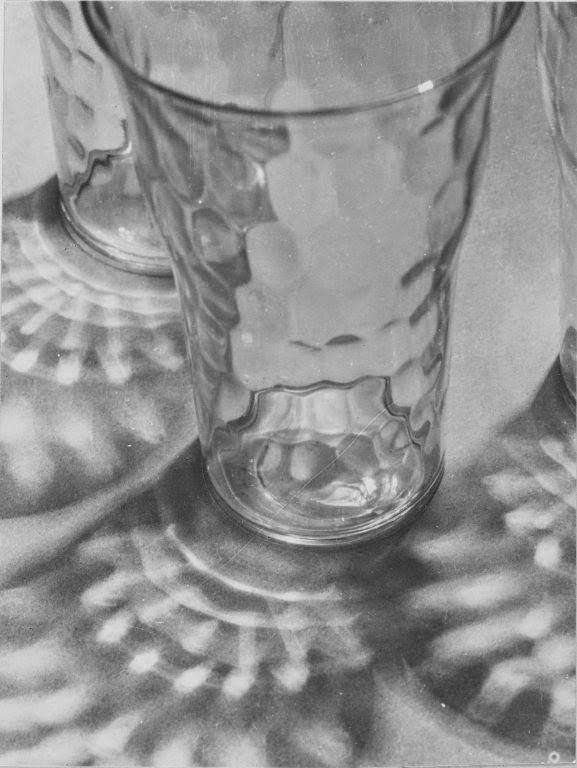 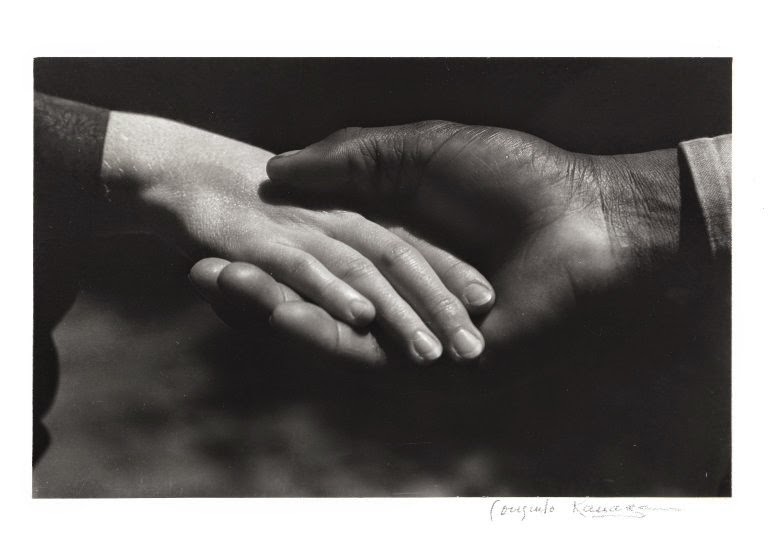 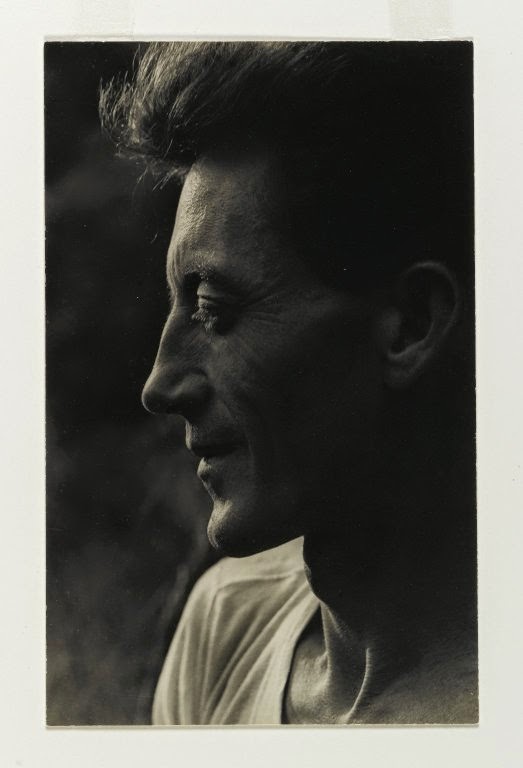 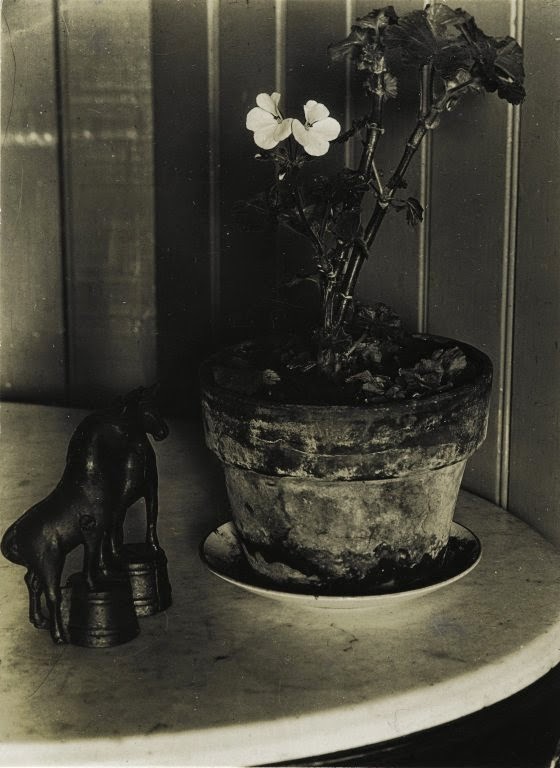 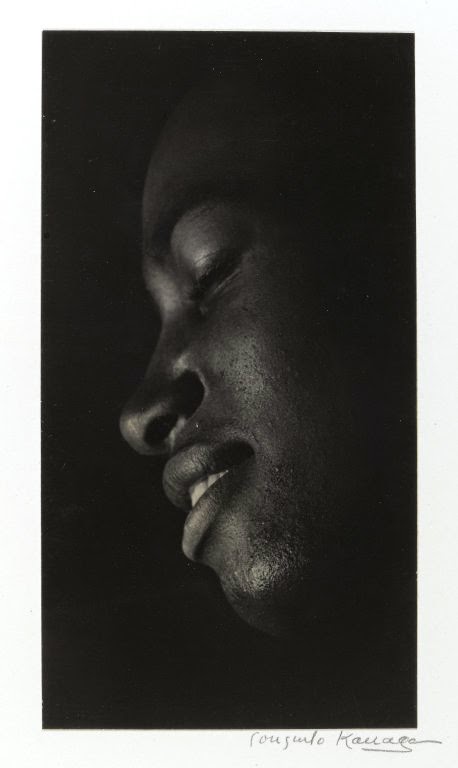 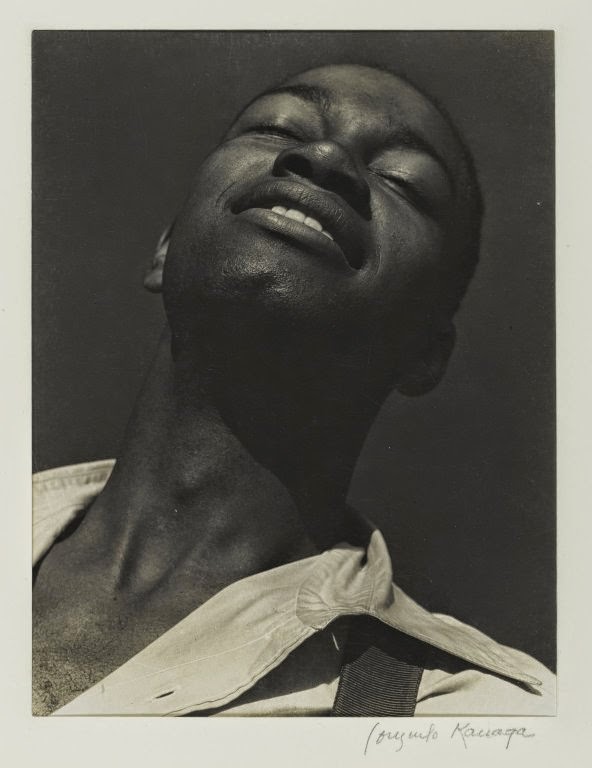 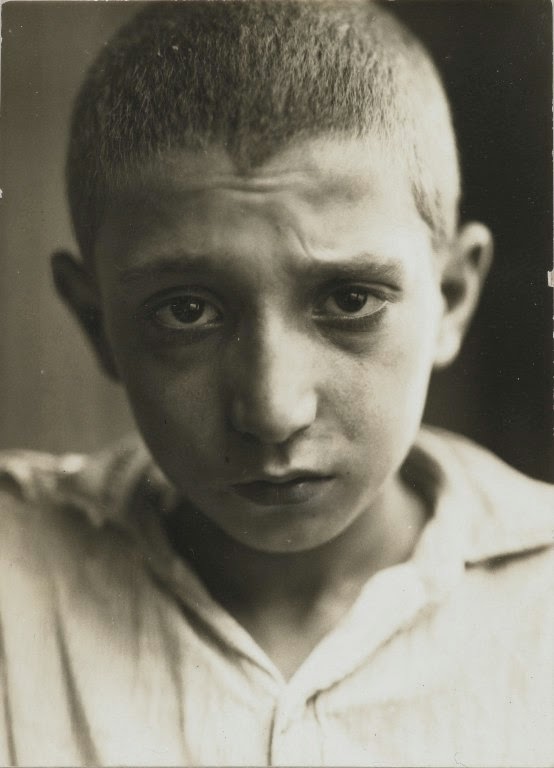 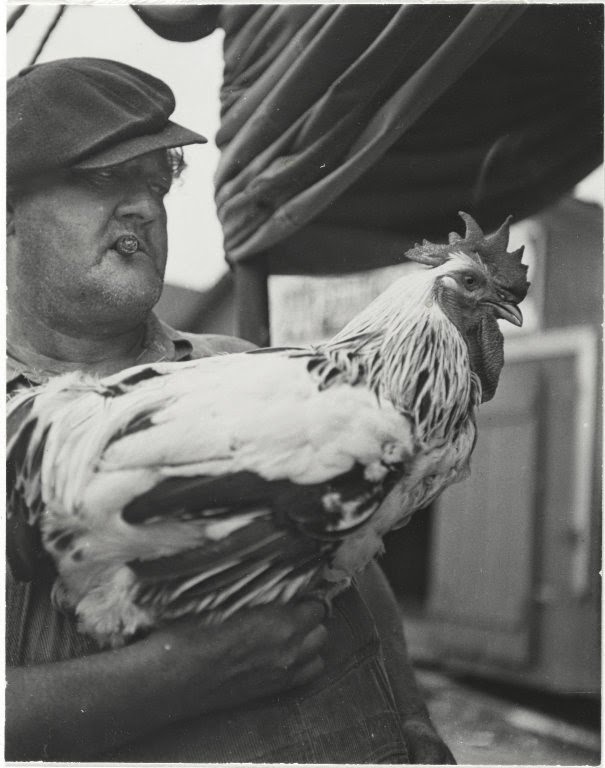 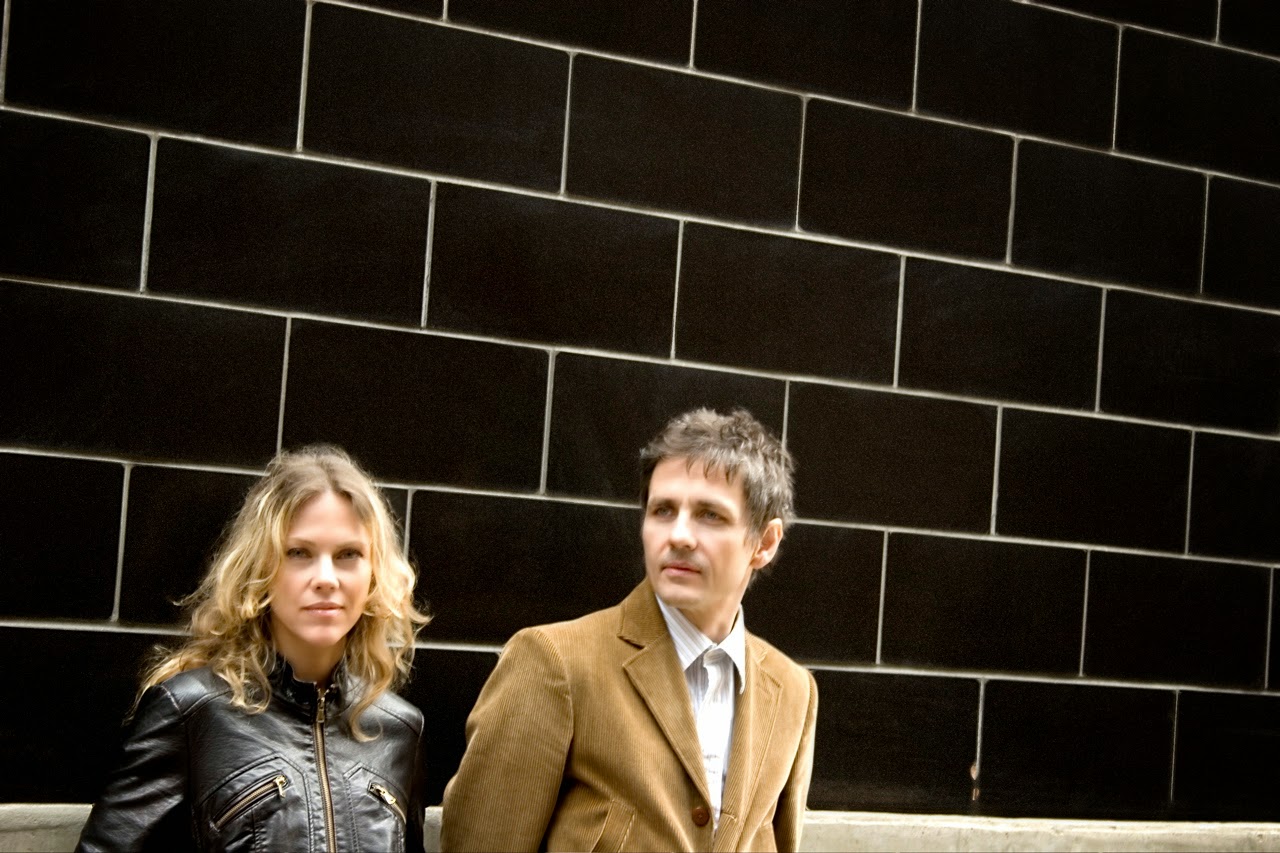 The train leaves at half past ten
But it'll be back tomorrow same time again.
The conductor, he's weary,
Still stuck on the line.
But if I can save you any time,
Come on, give it to me,
I'll keep it with mine 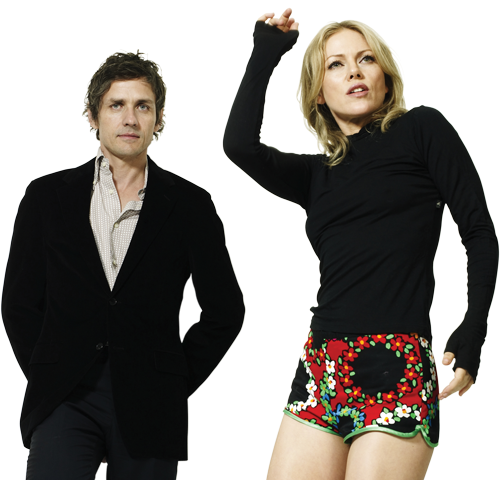 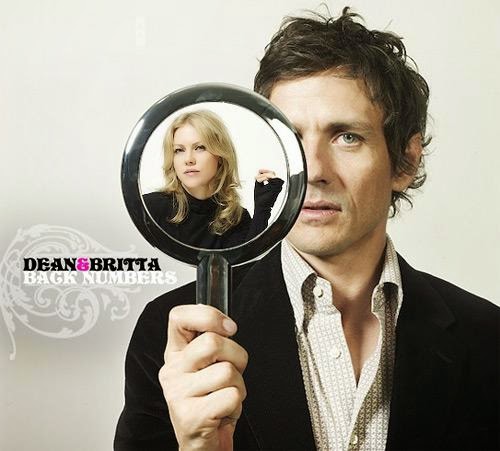 Their first album started out as a Wareham solo project, but when he heard Phillips' demos, he asked her to join him. "L'Avventura" was produced by Tony Visconti and was released on Jetset Records in 2003 under the name "Britta Phillips & Dean Wareham." After hearing the album, Peter Kember (a.k.a. Sonic Boom of Spacemen 3, Spectrum, & E.A.R.) fell in love with it and did a remix mini LP entitled "Sonic Souvenirs" (also on Jetset Records).

After Luna broke up in 2005, Dean & Britta spent the next year working on film scores (most notably Noah Baumbach's movie, The Squid and the Whale), and promoting the documentary film of Luna's farewell tour Tell Me Do You Miss Me. They were married during the recording of their album Back Numbers (also produced by Tony Visconti), and simplified their name to "Dean & Britta". Back Numbers was released on Rounder Records in February 2007 followed by a limited edition EP, "Words You Used To Say". In 2006 Dean and Britta did a Take-Away Show video session shot by Vincent Moon.[1]

In 2008, Dean & Britta covered The Cure's "Friday I'm In Love" for American Laundromat Records tribute compilation "Just Like Heaven - a tribute to The Cure".
Discography
Albums 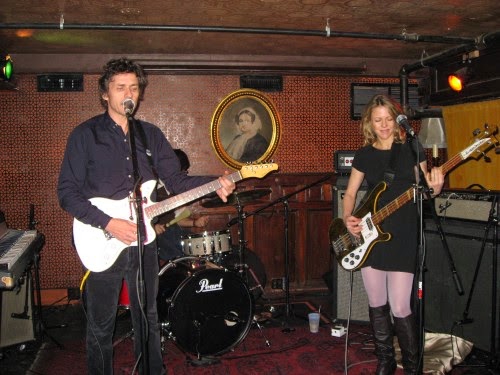 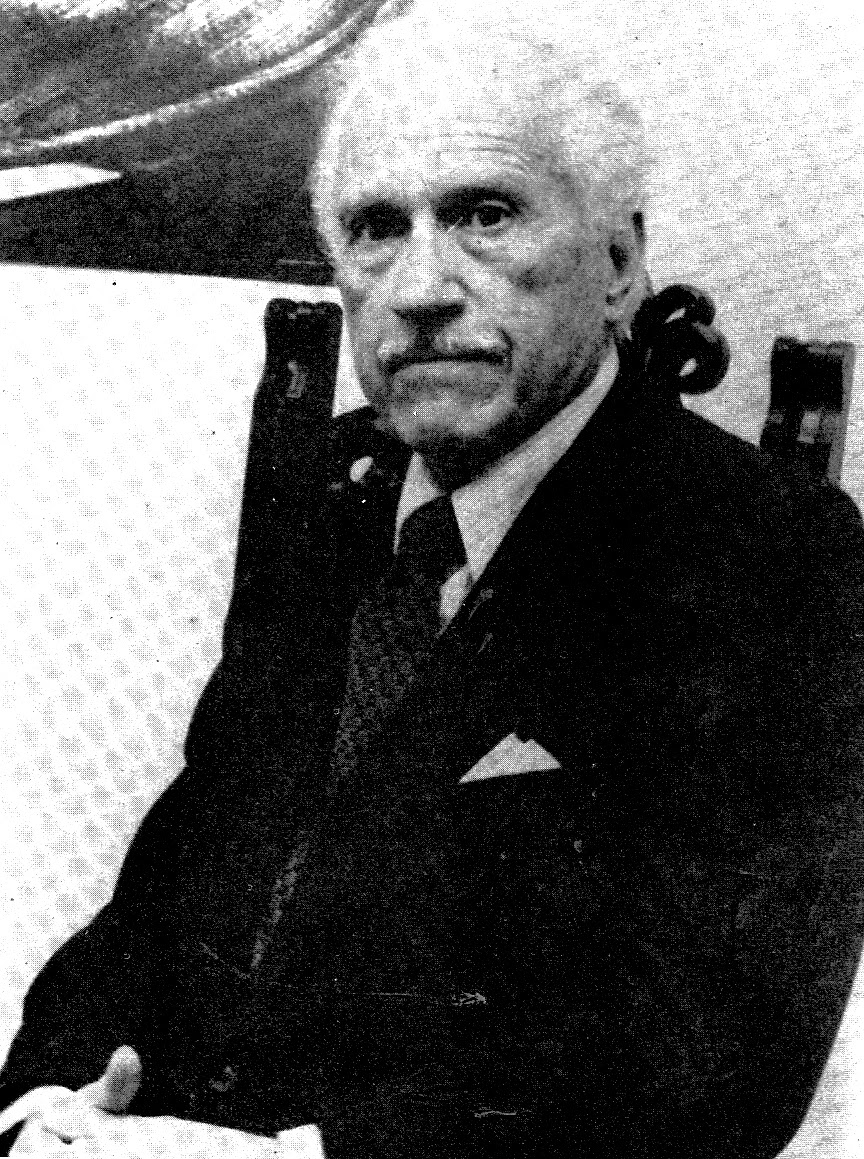 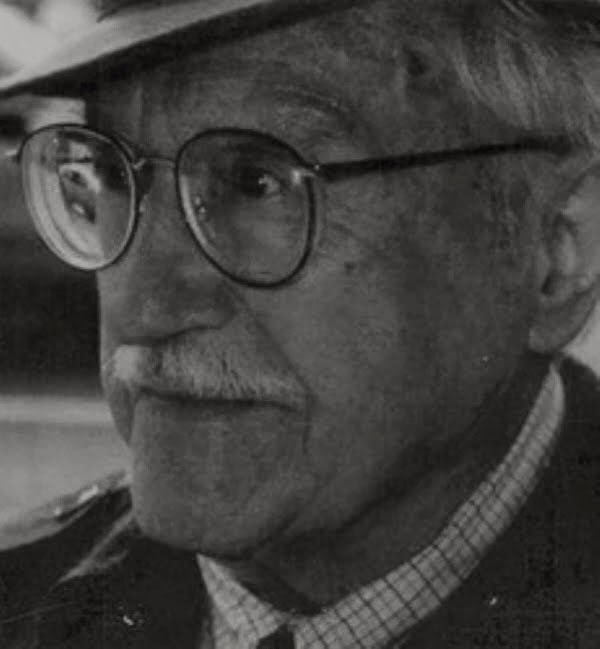