acquired October 9, 2013 download animation (7 MB, QuickTime)
In October 2013, NASA’s Juno spacecraft flew past the Earth to steal some energy for a ride to Jupiter. Along the way, it also stole some glimpses of home.


To reach the outer planets in our solar system, mission planners usually chart a path that sends a spacecraft toward other small planets or the asteroid belt before falling back toward Earth by gravity. The technique allows the spacecraft to use natural gravity and momentum to increase its speed relative to the Sun and slingshot toward the outer solar system. In the case of Juno, the spacecraft received a boost in speed of more than 3.9 kilometers per second (8,800 miles per hour).


The top image above was captured on October 9, 2013, by JunoCam, which was designed to take images of Jupiter in visible light. Much of South America is visible on the sunlit limb of Earth, while the rest of the hemisphere is in darkness and not shown. JunoCam was one of several instruments tested during the Earth flyby to ensure that they work as designed upon arrival at Jupiter.


The composite view of the Earth and Moon (second image) was captured by low-resolution cameras that were designed to track faint stars and orient spacecraft sensors. The cameras are located near the tip of one of Juno’s solar-array arms and are part of the spacecraft’s Magnetic Field Investigation. Earth and the Moon came into view when Juno was about 966,000 kilometers (600,000 miles) away. Note how the Moon’s position relative to Earth changes because the Moon was moving and the spacecraft was approaching both.


“If Captain Kirk of the USS Enterprise said, ‘Take us home, Scotty,’ this is what the crew would see,” said Scott Bolton, Juno principal investigator and a scientist at the Southwest Research Institute. “In the movie, you ride aboard Juno as it approaches Earth and then soars off into the blackness of space.”


A Juno Earth flyby movie, assembled from the series of still images captured by Juno, appears below. The musical accompaniment is an original score by Vangelis.

Enlaces a esta entrada Etiquetas: NASA: Getting a Little Boost from Home - 01.04.13 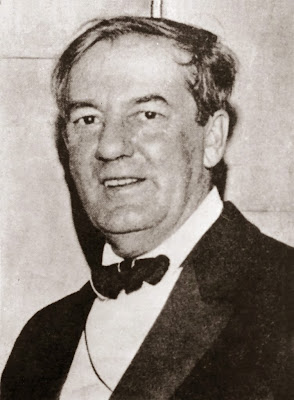 Below the hill there was a swamp in which cattails grew. The wind rustled the dry leaves of a walnut tree that grew on top of the hill.
She went beyond the tree to where the grass was long and matted. In the farmhouse a door bangs and in the road before the house a dog barked.
For a long time there was no sound. Then a wagon came jolting and bumping over the frozen road. The little noises ran along the ground to where she was lying on the grass and seemed like fingers playing over her body. A fragrance arose from her. It took a long time for the wagon to pass.
Then another sound broke the stillness. A young man from a neighboring farm came stealthily across a field and climbed a fence. He also came to the hill but for a time did not see her lying almost at his feet. He looked toward the house and stood with hands in pockets, stamping on the frozen ground like a horse.
Then he knew she was there. The aroma of her crept into his consciousness.
He ran to kneel beside her silent figure. Everything was different than it had been when they crept to the hill on the other evenings. The time of talking and waiting was over. She was different. He grew bold and put his hands on her face, her neck, her breasts, her hips. There was a strange new firmness and hardness to her body. When he kissed her lips she did not move and for a moment he was afraid. Then courage came and he went down to lie with her.
He had been a farm boy all his life and had plowed many acres of rich black land.
He became sure of himself.
He plowed her deeply.
He planted the seeds of a son in the warm rich quivering soil.
*       *       *       *       *
She carried the seeds of a son within herself. On winter evenings she went along a path at the foot of a small hill and turned up the hill to a barn where she milked cows. She was large and strong. Her legs went swinging along. The son within her went swinging along.
He learned the rhythm of little hills.
He learned the rhythm of flat places.
He learned the rhythm of legs walking.
He learned the rhythm of firm strong hands pulling at the teats of cows.
*       *       *        *       *
There was a field that was barren and filled with stones. In the spring when the warm nights came and when she was big with him she went to the fields. The heads of little stones stuck out of the ground like the heads of buried children. The field, washed with moonlight, sloped gradually downward to a murmuring brook. A few sheep went among the stones nibbling the sparse grass.
A thousand children were buried in the barren field. They struggled to come out of the ground. They struggled to come to her. The brook ran over stones and its voice cried out. For a long time she stayed in the field, shaken with sorrow.
She arose from her seat on a large stone and went to the farmhouse. The voices of the darkness cried to her as she went along a lane and past a silent barn.
Within herself only the one child struggled. When she got into bed his heels beat upon the walls of his prison. She lay still and listened. Only one small voice seemed coming to her out of the silence of the night. 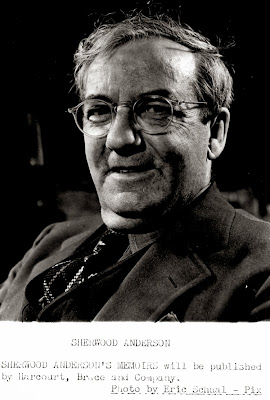 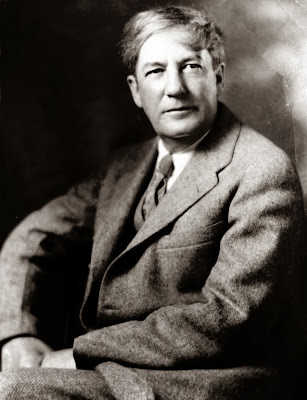 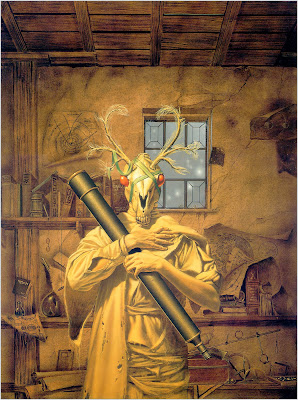 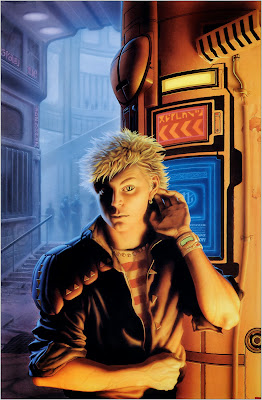 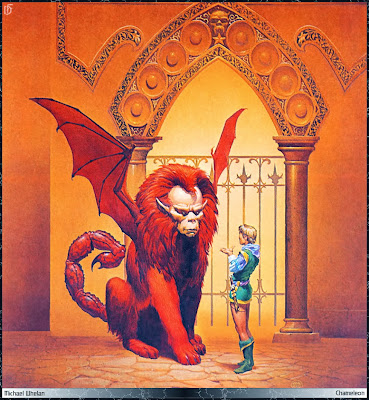 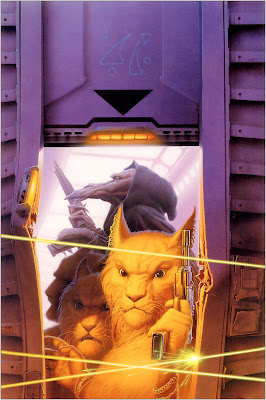 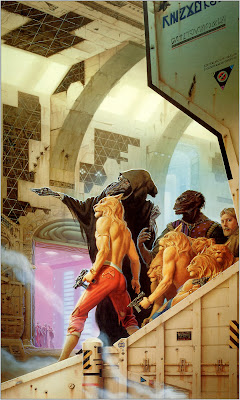 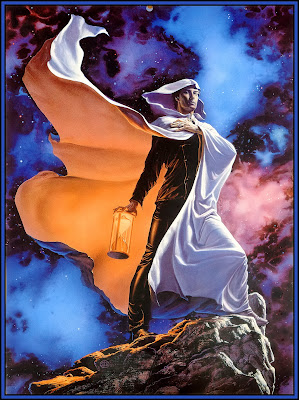 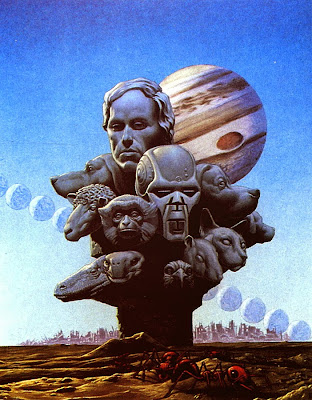 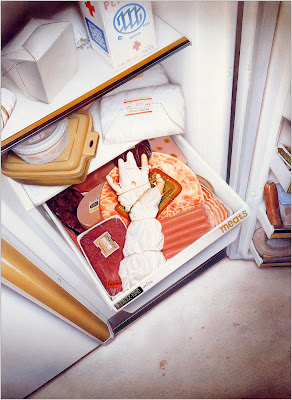 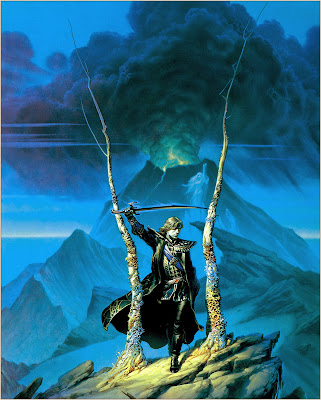 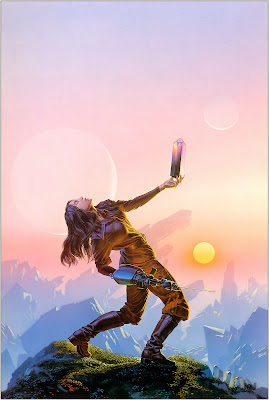 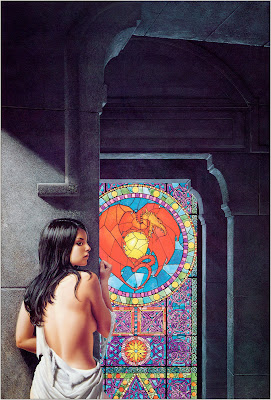 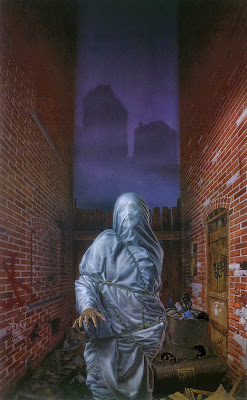 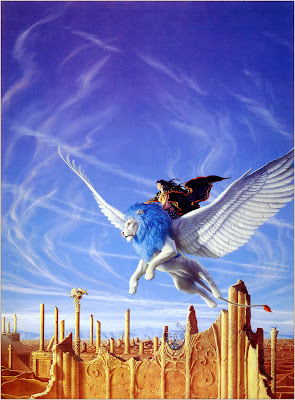 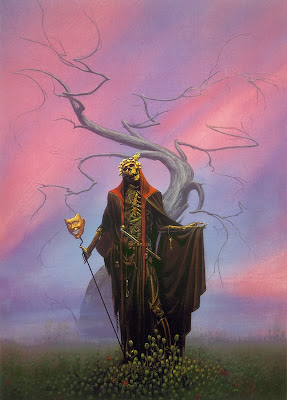 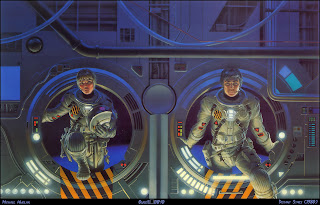